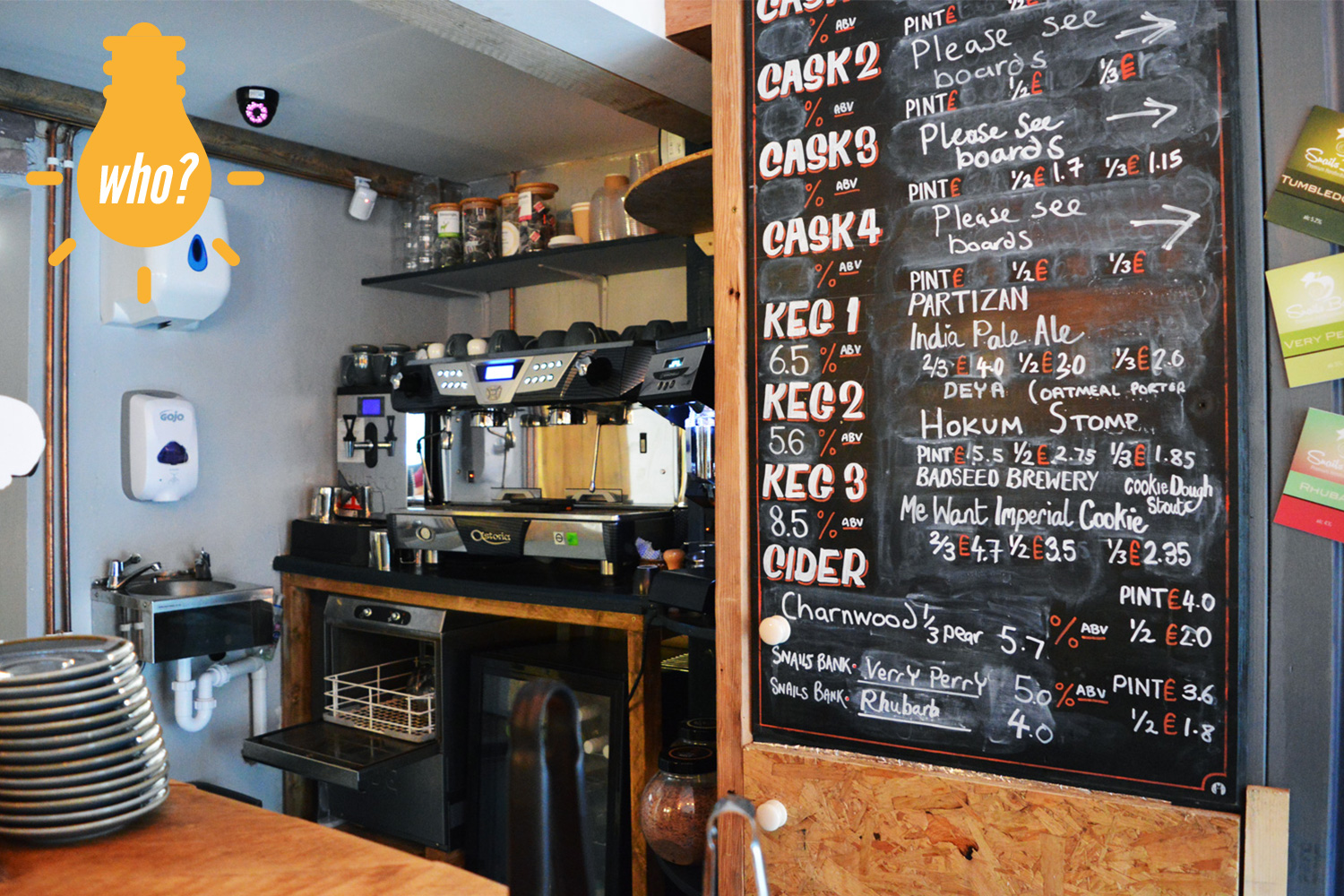 Like all good stories, it started in the pub. Surrounded by his friends on a stag go, Jay Brice-Boucher revealed his brainwave: he wanted to own a micro pub.

While the vision was undoubtedly met with universal approval by his mates, the former youth worker could have been forgiven for closeting the idea away in the beer-induced fantasy compartment of his mind. Only Jay wasn’t about to let it stay there.

And a few years later, the 37-year-old’s vision became a reality. Now, standing behind the bar at Mill Hill Cask and Coffee, Jay proudly explains how he finally took the plunge and opened the doors to his new venture in July this year. 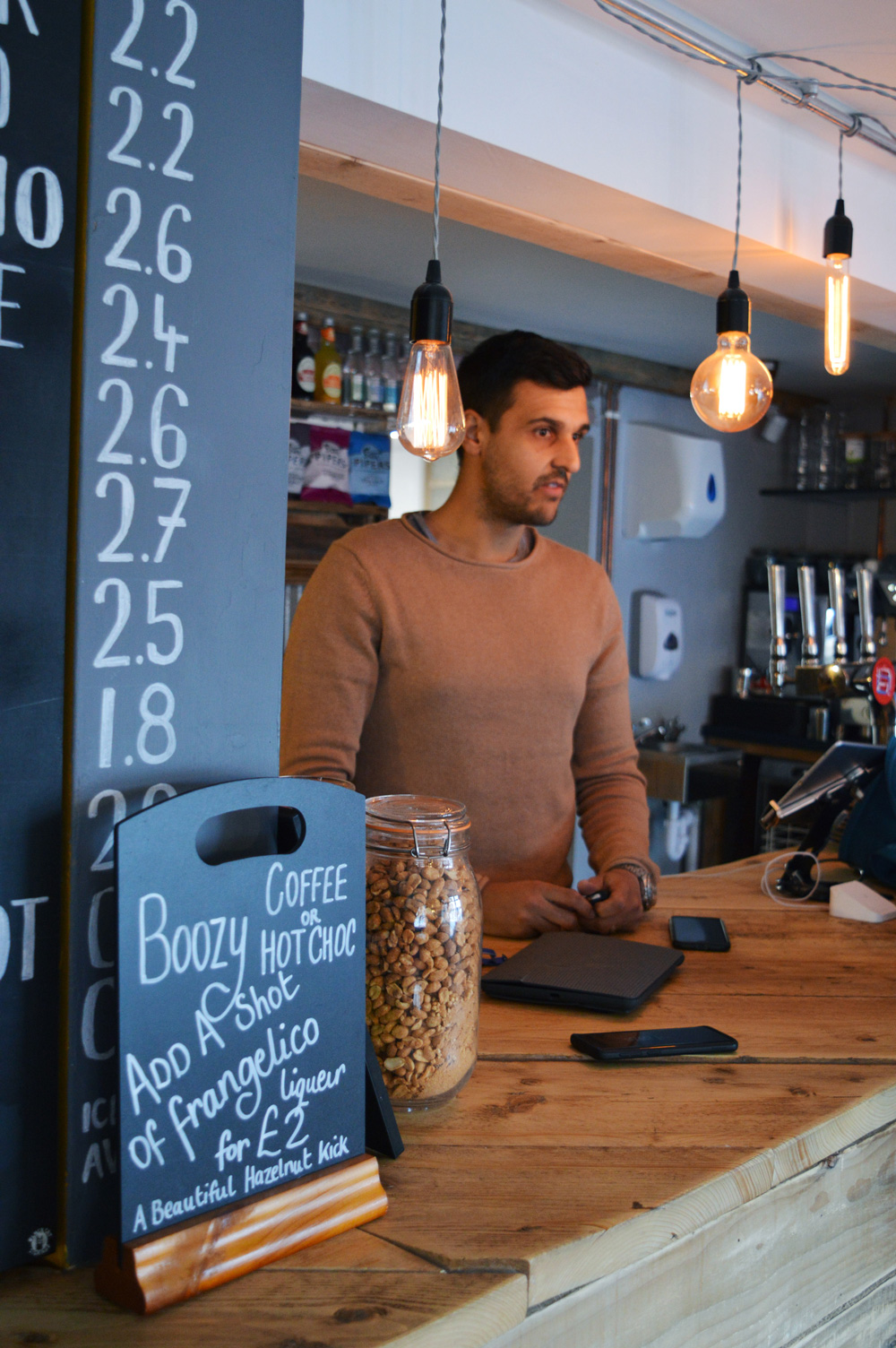 “I’ve always been into coffee, craft beer and real ale, so it was that old chestnut that if you’re doing something you enjoy, you’re not working,” Jay beams in the friendly manner that greets customers to the bar in Enderby, on the outskirts of Leicester.

“The concept has probably been in my head for three or four years, but I never sat down and did a business plan to make it a reality until a year or so ago.”

The next step for Jay and his wife Georgina was to find the perfect location. The couple had already decided to open up in the Blaby district after identifying there wasn’t another micro pub in the region, and fell in love with the idea of taking over a dilapidated old corner shop.

It’s testament to the pair’s overall vision that they saw the location’s potential among the mess they inherited upon buying the property. With a faulty roof, 15 unused fridges, and old newspapers and unsold products strewn across the floor, the former newsagents had seen better days. But that was nothing a fleet of skips and a gallon of elbow grease couldn’t sort.

Once the shop was stripped back to its shell, Jay set about bringing his plans to life. “We had to take it all back, take the ceilings down and pretty much take it back to bare brick,” Jay adds.

“We had a mood board on Pinterest and a lot of ideas came from there, but we made some of it up as we went along. The wood on the walls is the reclaimed shed from outside, so we took that back, sanded it and then used it as cladding. “We tried to get as much as we could reclaimed. We used scaffold planks, the flooring was offcuts from a friend, we have reclaimed pub tables that are sanded back and brick slips on the wall. Everyone says it’s got a cosy feel, which is good feedback.”

The site’s heritage hasn’t been forgotten, with a dedicated ‘has-beens’ section that contains black-and-white photos of the old shop and a section of the old sign. A collection of beer mats displaying the different brews that have been stocked behind the bar and an array of signs, completes the bar’s indy feel.

That ambience stretches to the products Mill Hill sells. As well as the craft beer, coffee and artisan spirits behind the bar, Jay has locally sourced cakes and pork pies to put on the bar – and it’s these little touches that make a difference.

“A lot of ideas have come from micro pubs I’ve visited,” Jay says. “We do pork pies and I want to add sausage rolls and things that go hand in hand with beer, or with the coffee side of the business.

“Being a micro pub, it’s very personal and you get to know the people coming through the door because it’s small and the space of being in one room means you’re not getting a massive churn of people.

“We focus on delivering the personal touch and so far, it’s going well. We’re getting a lot of people coming on and saying what we’re doing is different to anything else in the area, so on that that basis all’s good.”

While all the early indications suggest that Mill Hill is impressing local punters, Jay has no intention of resting on his laurels. Now the basis for the business in place, he’s looking to the future and is already making plans for how the brand can grow.

“In terms of expansion, there’s a few ways to go,” he considers. “There’s creating a small chain of micro pubs or looking to brew yourself that interests me.

“There’s also the potential of [introducing] a mobile bar that’s connected to the business as a sister company. I’ve seen some really good street-food events, but some don’t have a range of quality beer.

“We’ve also had one event already with a street-food vendor out the back and I’m thinking ahead to summer next year. We’re putting the infrastructure in place now so we’re ready to move forward.”

With plenty of ideas to keep the good times rolling at Mill Hill, it seems that Jay’s own bar is keeping the brainwaves coming.